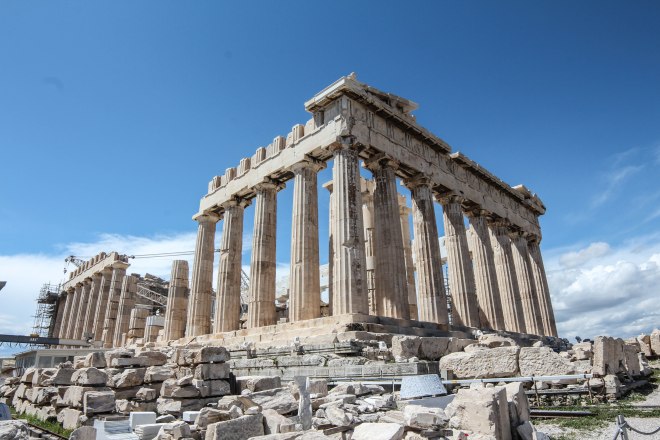 I have a category on this website for my research notes and this posting will be one of those types of postings.  I’ve been spending a great deal of time this weekend researching Greece, everything from history to mythology, landscapes, maps and climate.  It has been a bit exhausting.  If anyone is interested in brushing up on Greek facts and legends, here are some.  Enjoy

Greece is 80% mountainous, the highest peak being Mount Olympus at 9,573 feet.

The cape of Sounion or Cape Sounion, or Cape Colonne, Cape of Columns, is a promontory 43 miles south-southeast of Athens on the southern most tip of the Attica peninsula.

For my series, THE CRYSTAL CRUX, this is area of Greece that I needed information about.

The peninsula is noted for the ruins of a temple of Poseidon.  It was said that King Menelaus, after sacking Troy, returned this way when his helmsman died.  They beached near Poseidon’s temple and burned the body on a pyre.  It is disputed whether or not Poseidon took offense because Menelaus’s ships were scattered in a great storm upon leaving. 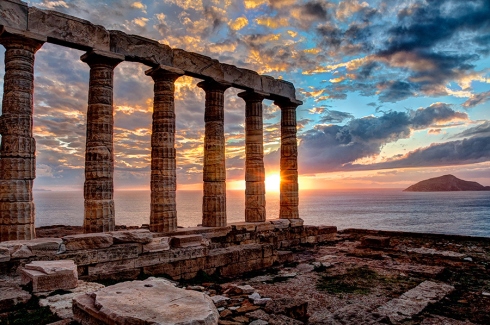 The cliffs of Sounion are also renowned for having been the legendary place King Aegeus leaped to his death from thus lending his name to the Aegean Sea.

King Aegeus leaped from the cliff because he saw his son’s ship returning from Crete with black sails.  His son Theseus volunteered to be one of the seven boys and girls offered in tribute to Minos, King of Crete.

King Minos’ wife, Pasiphae, had an offspring with a white bull sent from the sea by Poseidon.  The offspring was deformed, a monster having a man’s body but the head, horns and tail of a bull.  The Labyrinth was created to confine the beast who ate human flesh.  The tribute of children were fed to the beast.  Theseus had gone to Crete, telling his father Aegeus he would defeat the Minotaur and end the sacrifices. 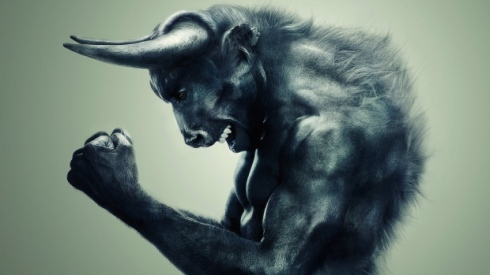 With the aide of King Minos’ daughter, Ariadne, who had fallen in love with him, Theseus had a ball of thread so he didn’t lose his way inside the Labyrinth.  It was also said that Daedalus, the creator of the Labyrinth, was in on the ball of thread conspiracy.

Theseus fled Crete with King Minos’ daughter.  Daedalus was left to face the wrath of King Minos by himself.  He and his son, Icarus, were imprisoned inside the Labyrinth.  Of course, most people know that Daedalus, being a master craftsman, fashioned wings for he and his son to fly and leave.  Icarus, not heeding his father’s warnings, flew to near the sun and perished when the wax on his wings melted. 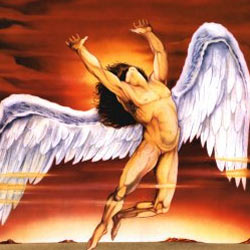 Getting back to the Attica region, it encompasses the plains of Pedias, Mesogaia and Thriasion.  The longest river is the Kifisos.

In the Laurium area, a seaport, where silver mining mainly for coinage was once vigorous, there is not much in the way of water, rivers and streams.  The area required great basins to collect rainwater in order to wash mined ore.  Lead was also mined.

There are several mountains in the regions, specifically, Hymettus, Geraneia, Aigaleo, Pentelli and the highest, Parnitha.

Much of the vegetation is shrubbery with pine and fir trees.  Grain was a major export to the Byzantine Empire, and the Golden Age of Byzantine art flourished during the 11th and 12th century in Athens, in the churches.

Between 1185-1200, Thebes, quite a ways further north in Greece, was considered a major silk trader.