2Samuel 11:2-5  ‘And it came to pass in the eveningtide, that David … saw a woman washing herself; and the woman was very beautiful to look upon.  And David sent and enquired about the woman … and took her; and she came in unto him and he lay with her … and the woman conceived …’

While being an author, I am also a professing Christian, a nondenominational Sacred Name Home Assembly believing Christian.

I personally have a problem with the sterile and bleached, holier-than-thou approach to Christianity.  I think it is far too easy to forget how sinful we all are no matter what we want to believe about ourselves.  And it is in remembering this iniquity and acknowledging it we are humbled.  We must not forget to be humble.

I’m not going to turn this writing into a Bible study, although that it is a tendency of mine.  Rather, I would like to simply point out the reasons I find it justifiable for a Christian to write about the darker aspects of life, the sexuality and the violence.  Many find these thing too crass to read and worry it is somehow polluting them.  I would beg to differ – and I would use Christ’s own words to do it with.

Matthew 15:11 ‘Not that which goeth into the mouth defileth the man; but that which cometh out of the mouth, this defileth a man.’

Matthew 15:19-20  ‘For out of the heart proceed evil thoughts, murders, adulteries, fornications, thefts, false witness, blasphemies; These are the thing which defile a man: but to eat with unwashen hands defileth not a man.’

What does all that mean?  For me, it is the very essence of sin.  You can’t be tempted by that which is not already in you to do.  James 1:14 says that every man is tempted when he is drawn away of his own lust.  In other words, what comes to you externally can’t pollute, defile or tempt you unless you are already weak in that area, unless it is already in you. 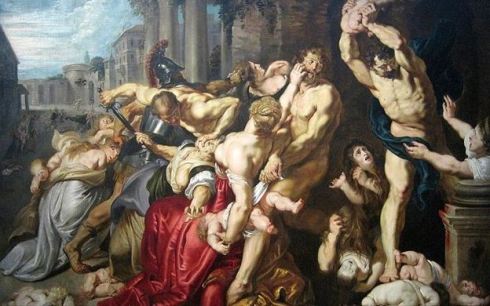 A Christian has a responsibility to become less and less tempted by these evils by dying to self, thus having less and less concern for this world and the fears that besiege others more worldly.  And this is where the real power of spirituality comes in.

I don’t for one minute believe people acting holy actually draw people closer to Christ.  I think it actually pushes them away.  Why?  The answer is hypocrisy.  We are sinners.  There is no denying that.  I won’t deny it.  When we pretend to be holier than we are, those looking at us from the outside, from the worldly point of view, only see the hypocrisy.  They see all the flaws we pretend we don’t have.  We might not sin in the same way as others but we all fall short.

And this is where we get to a Christian writing Adult Fantasy.

Now I’m not talking about a person writing gratuitous violence or erotica.  If the whole story is one or the other, it’s not serving any purpose other than to entice or enrage.

What I am talking about is letting a story be human, boldly human.  It’s easy to pretend Christians only have sex in the missionary position without any enjoyment and emotion but we all know that is not true.  There is a great deal of passion and pleasure involved in sex and to ignore that, sends the wrong message – a confusing message – to other Christians, or want-to-be Christians.  They think they have to live up to something their body simply isn’t capable of doing.  We don’t have to restrict our passions entirely to be Christian.  And it is not as fine a line as many would have you believe.

If we look at the story of David and Bathsheba, we see just one of countless stories in the Bible filled with passion, lust and sin.  But the most beautiful part about revealing that passion, lust and sin, is the redemption to be had afterwards.  David was eventually contrite.  He confessed, found forgiveness and moved on.  Isn’t that what we all want out of life.  A clean slate from the guilt and mistakes of our past.

If you live in a sterile environment where everything is pretty rainbows and rose petals, the enormous sacrifice and redeeming blood of the Savior doesn’t carry as much weight.  There is nothing more liberating than to unload burdens we carry.  And the more burdens there are, the more glorious the deliverance.

This is why I feel compelled to include so much horror and sexuality in my story.  I believe we all carry more secret sins and desires than we would like to admit to anyone.  Adult fantasy forces us to deal with our baser instincts and battles.  And then, with the glimpses of light come, we desire them, we want them.  We are reaching out for them and longing for them.  The chance for salvation really means something other than platitudes and memorized scriptures.  We embrace it in our hearts.  You mean I can be forgiven?  You mean I can put my mistakes behind me?  You mean my heartbreak can end?

When David took Bathsheba to his bed and impregnated her, he was the ruler of his country and he used that rule to cover his sin.  He commanded that Bathsheba’s husband come to the city, where he arranged to get him drunk so everyone would believe he finally slept with his wife before going off to war.  And then, he wrote a letter to the commander of his armies, ordering the husband, Uriah, be sent to the worst area of fighting to make sure he got killed.

That is a very dark tale.  I think we who know the story have grown inured to just how dark it is.  David is no hero.  If this wasn’t the tale of a Biblical figure told to us from childhood, we would equate him with pure evil.  By this story being included in the Bible, we are forced to look at our own darkness, or own personal demons – and we all have them.  I don’t care how long you’ve been going to Church or studying the Bible, there are demons working at you all the time.  In 1Peter 5:8 we are warned to be sober and vigilant, for our adversary is always on the prowl, seeking to destroy us.

You are not saved yet.  You have the promise of salvation and humility is the measure of just how much we realize our saving is not complete yet.  There is still time to change the road you are on.  The exaltation comes in due time.  The treasure is stored in heaven not on earth.  Again, I don’t mean to sound preachy but its the formation of spirituality that unites us all in Christ, not denominational declarations and church assemblies.

Christ spent time with prostitutes.  Books and movies tend to downplay the raunchiness and crassness of the women and places he associated himself with.  They were sinners in those establishments, and he ate and drank with them.  They weren’t simply converted by a waving of His hand.  We have to break away from these false perceptions.  It was a dark and dreary world Christ walked in and the characters in it were as unscrupulous and filthy as the worst derelicts we can imagine today.  We can’t lose sight of the evil surrounding him and his disciples.

Stories that are honest about the demons, glorify the angels even more.

The Bible is filled with stories of murder, genocide, rape, incest, mutilation and terror.  Christians should not forget that there are desperate people exposed to these horrible realities every day.  If we try to pretend that simply calling on a name will stop them from happening or fix the world, we are lying.  That is not what He died for.

It is very easy to say you don’t believe in “God” when you live in a society where you can work and make a living on your own.  For those who have been besieged by the cruelty of impossible odds, who have been mistreated without any justice, who have lost loved ones and limbs to extremists violence, giving them a reason to hope is everything.  Why in the world would anyone want to steal that from them.  They have nothing else.  They are lost and alone and see only abuse and torture in their future.  Giving them something to believe in is necessary. 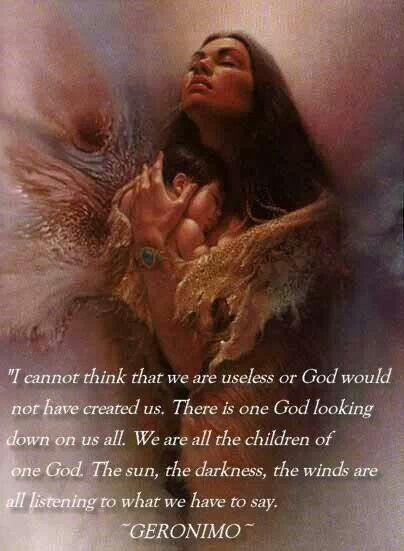 We must explore that darkness that is their reality.  We cannot live in our sheltered world pretending we are better off simply because we believe in Christ.  Spiritually, we are sick and we are just as hopeless as they are.  We must learn to empathize and embrace that empathy for if we found ourselves in their daily shoes, we might discover the gravity of their despair unconscionable.  Would simply saying a name be enough then?  People think so, but just reading about horror, horrifies many.  How could they possibly survive it if what is in them is still that lacking?

I often reflect on Hebrews 12:5.  It says, ‘Ye have not yet resisted unto blood, striving against sin.’

I guess, in my own way, writing The Crystal Crux has been a form of therapy, a my way of putting myself into the shoes of good, decent people who have had to resist unto blood, who have had their loved ones taken from them and suffered for no reason of their own.  It helps me to remember I’m human and there are other humans in this world suffering far more than I am.  I am humbled and content in whatever state I am.  As I said at the start, that’s all being a Christian is really about.  Staying humble.  I have no high horse to ride.  No Christian should.

1Corinthians 2:3 ‘And I was with you in weakness and in fear, and in much trembling.’

Hope.  To truly be spiritual is to give hope to the hopeless, not fear.

Reading adult fantasy should not be burdensome to one’s soul.  To should be enriching and fulfilling, uniting us once again to the truth of our nature and the wars we are all waging to be good and decent people.

(My book series is called THE CRYSTAL CRUX.  At the time of this writing, I have released the first book BETRAYAL in several formats including Paperback, ebook, audio and a special YA edition.  The second book of the series, BLUE GROTTO, is due for release October 2016.  To purchase or read more on the book, click the link below.)
Click Here – Amazon Website – The Crystal Crux-Betrayal