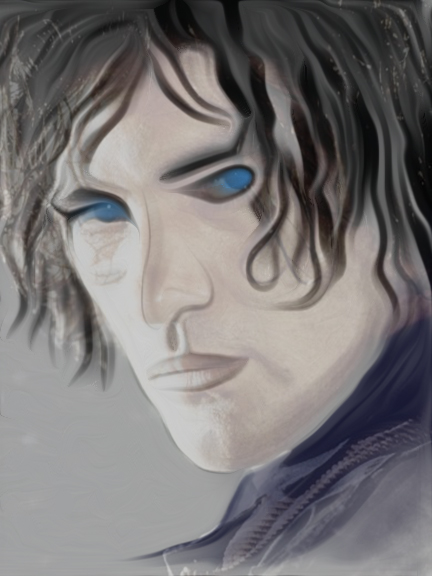 House Sigil : A falling seven-pointed scarlet star with a tail of blue and silver.

1177 – 13 years old – Gored by a bull
1181 – 17 years old – Father killed : Pero taken the next day to Germany by Blassilo’s faithful right hand, Zor, to be knighted by Emperor Barbarossa.
1183 – 19 years old – Pero escorted his mother’s caravan on a pilgrimage to Montserrat.
1184 – 20 years old – Pero badly injured during an ambush at the Whitsuntide melee in Mainz. He is unexpectedly saved by a down-on-his-luck English knight, Francis Whitehall, also known as The Griffin.
1193 – 29 years old – Pero receives an Imperial appointment from Emperor Henry VI to oversee the keep at Capua in Italy.
1197 – 33 years old – While in Parthenope attending the arranged marriage of the ruling family’s eldest son, Rugerius Fabbro, to a foreign girl, Pero meets, falls in love and pledges himself to the banns with a young woman he meets in a chapel at night. The next day he negotiates for her hand, coming to learn that Anthea Manikos was the foreign girl promised to Rugerius. Successful, Pero takes Anthea back to Capua with him.
1197 – September 28 – Emperor Henry VI dies. Pero’s claim to the keep at Capua now stands in jeopardy.
1198 – 34 years old – Pero returns from a tour of Spain with his new bride, negotiating a new trade agreement. The Fabbro family arrange a banquet in Pero’s honor in Parthenope. Pero, however, finds himself in the crosshairs of a political struggle concerning the Emperor’s throne. At the feast, he is confronted by Rugerius, who is drunk and impudent. Pero is forced to break the Castellan’s jaw. Pero and his escorts are expelled immediately from the city for their own safety.
1198, August 13 – DAY ONE of The Crystal Crux tale – Pero, fearing retaliation from the High Court, perhaps assassination, seeing strange dark specters in the shadows, haunted by unfamiliar paranoia, questioning his impending marriage to Anthea, receives notice from Lord Commander Gherardus Fabbro to leave at once and travel to Melfi where he will oversee negotiations for a kidnapped princess. Pero knows this is a death sentence. He expects to be ambushed. And if he makes it to Eagles Pass, it is a cursed path no one travels anymore. Feeling betrayed by everyone, dismissing the advice of his friends and loved ones, christening himself a martyr and a scapegoat, Pero accepts the quest and rides for an uncertain fate.