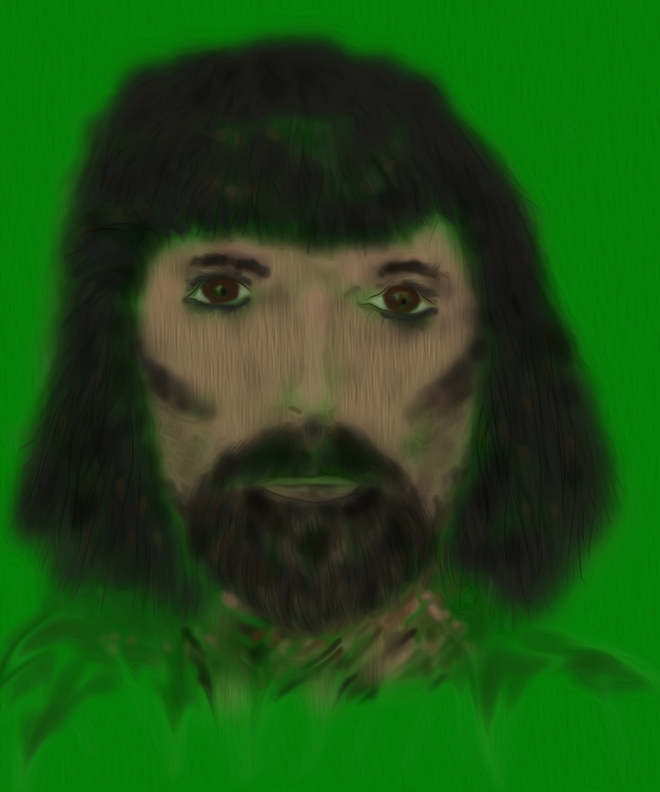 Blassilo pulled Pero even closer to him. “Don’t be like me, hijo. Don’t be alone. I’ve lived a thousand adventures on the back of a horse but none were so good as the quiet hours I reclined in your madre’s arms. I wish I had been brave enough to sit still and enjoy the fruits of the things I had sown. I should have been resting beneath the shade of the trees, counting their leaves. In my heart, it all withers. The trees I have planted are hewn down, wizened boughs contorting and turning white, dark leaves snapping off at the stems, missed opportunities drifting away, swirling in the breeze towards the coldness of the grave, winding upside down and tumbling, blackening the whole sky, the green earth; everything they touch. So many regrets. I have injured the love of my life but fail to grasp how deeply.“
Betrayal – Chapter 13

Blassilo Velez is Pero de Alava’s father. He is a knight of the old times, a caballero accustomed to warring for war’s sake, sworn to the defense of Penafiel Castle. He is a wealthy man with many holding in Spain, several ranches including his prize property, Cielo Diamantes.

Blassilo spends much of his time in the company of his companions, Bent, Kingfish and Condor. Zor, however, is his right hand, his most trusted friend and confidant.

Blassilo never weds but takes many lovers. He has bastard children everywhere. But there is only one child he embraces fondly and acknowledges as his son. If Blassilo had wed, it was Pero’s mother he would have wed, Maria Alava. But Maria would not have him for she knew his nature. She knew Blassilo would one day break his oath to her and nothing was worse to Blassilo than breaking an oath.

“Stand by those that love you,” Blassilo instructed Pero, “even when it seems like standing is the worst thing you can do. Don’t fear anything. Pray, and don’t stop praying… Don’t let me down. Don’t forsake your Madre. Be Penafiel, my hijo; a rock the world cannot shake from its foundation. Do not let them break you.“
Betrayal – Chapter 13

Blassilo saw to Maria’s upkeep, providing her with an apartment in Valladolid as well as a healthy stipend. She was religious and a city women, accustomed to the theater, art and culture. She’d never live on a remote farm or ranch. And despite Blassilo’s continued carousing, Maria never entertained another lover, although she could have. She had many suitors. But her heart belonged to the rogue Blassilo. They continued to correspond by letter even though Blassilo couldn’t read or write. He had to have others write and read his letters for him. Blassilo and Maria also took turns rearing Pero. Pero spent summer months with his father learning how to ride horses, train with weapons and lead men. In winter months Pero was with his mother where he went to Church and school and learned his letters and arithmetic.

Blassilo Velez’s long, strong arm suddenly reached out and snatched Pero from almost certain death. His legs and feet dangling freely over the tops of the trees, Pero turned upwards to behold his father holding him, supporting him, strong fingers wrapped around his wrist, saving him.
“This is why I brought you up here on Picu Urriellu, Pero… This happens to everyone who tries to climb this bitch. She’ll never let you win. Just like life, we all slip eventually. No one goes it alone. If we do, we die.“
Cold Knight – Chapter 1

In 1181, when Pero is riding back in a coach with his mother to be reunited with his father for the summer months, they come upon the scene of a battle. Blassilo and a few of his men were ambushed by marauders. His few men are killed. Blassilo is barely hanging on when discovered. His mangled bleeding body is shoved in the coach and rushed to Penafiel Castle. From his death bed, Blassilo gives Pero his final words of advice. “Aim for the heart.”

Blassilo knew the Church would oppose Pero’s claims to his inheritance. They would try to take the lands and property for themselves. Blassilo had a declaration drafted. Upon his death, Zor swiftly escorted Pero to the Emperor in Germany where he was sworn to be the rightful heir of House Velez – and knighted into the service of the Hohenstaufen Empire.