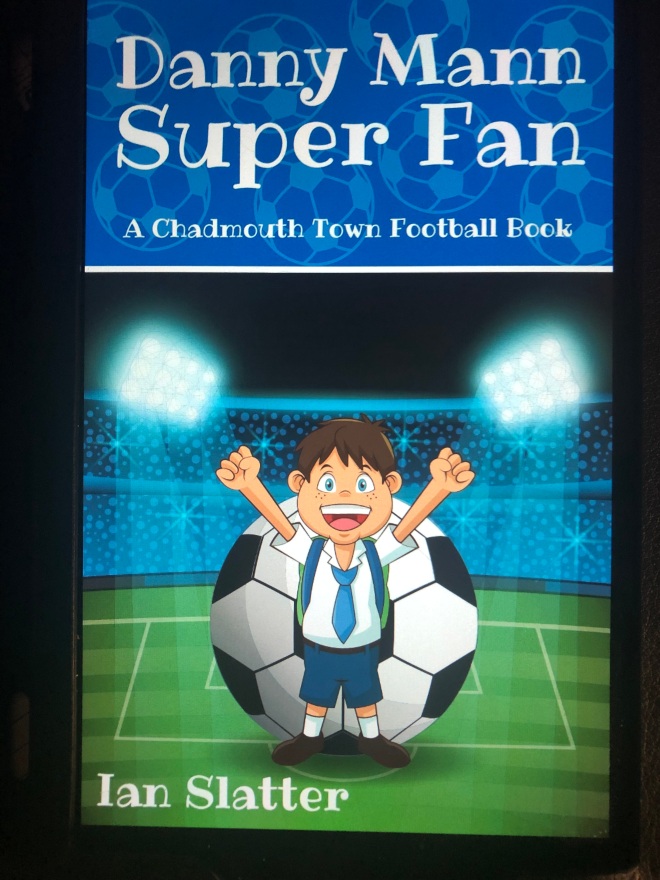 I’m reviewing a book for 9-13 year olds about my favorite sport.

Danny’s favorite team, the home team, Chadmouth Town Football Club, is playing poorly and facing relegation. For those who don’t know how the sport works in many countries, relegation is like a death sentence for a sports team. At the end of the season, the teams with the worst records fall into a league below the one they are currently in – and the teams from the league below with the best records come up. It can be extremely challenging for clubs economically. It is a huge loss of revenue.

Danny learns that Chadmouth might not even survive as a club if they are relegated.

Like many sports fans (and players), Danny grows a bit more superstitious on how he can help the club stay up. And enlisting the aide of his friend, Nelson, who is a Liverpool fan, they create a ritual dance to bring the team some good fortune.

Danny customarily attends home matches with his father and grandmother but when grandmother gets ill, Danny brings Nelson. And then in a strange quirk of fate (or luck), the Crabs win the game.

Danny is convinced the ritual dance they performed had something to do with it. Nelson is not so convinced but reluctantly agrees to help Danny as best he can. Danny and Nelson face ridicule at school from the kids who prefer to root for the Big Premier Clubs and not Chadmouth. The ridicule increases when they find out about the ritual dance.

Danny faces several obstacles to his determination to keep doing the rituals that he believes will save the team.

Danny Mann Super Fan is an entertaining story for the young of heart of all ages. Being a Newcastle fan myself, I know the heartache of watching a club that’s constantly battling relegation. The author has done a great job capturing the thoughts, anxieties and joys that go with being a boy who forever remains hopeful.